The special design represents the brand identity of the event which will take place in Tenerife on 28 and 30 April. 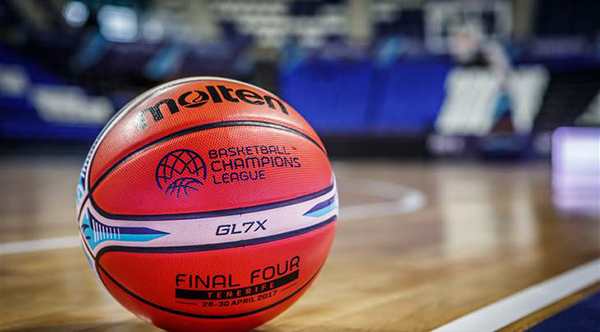 As part of the agreement, Molten will supply the Official Game Ball for the next two seasons of the Basketball Champions League until 2019 as well as the Official Game whistle to the referees from the next season. Molten brand will also be visible around the court at the Final Four of each edition.

“Molten is a world-renowned basketball brand and we at Basketball Champions League are pleased with the ongoing collaboration and are happy that we are able to continue to work closely with them in the coming years,” said Basketball Champions League CEO Patrick Comninos. “We are also very excited to present a unique basketball that will be used by the best four teams at our pinnacle event in Tenerife. We are extremely grateful to Molten with whom we’ve enjoyed a tremendous relationship since the start of our competition.” Molten President and CEO Kiyo Tamiaki: “We are very pleased to develop and supply the special game ball to the Final Four of the Basketball Champions League first season. We would contribute to the success of the special season of the league.”

Molten Corporation was established in Hiroshima, Japan in 1958 and has grown to become the world’s leading ball brand. Molten’s top quality leather basketball has been FIBA partner and served as the official game ball for all the Olympic Games and the World Championships since 1982.